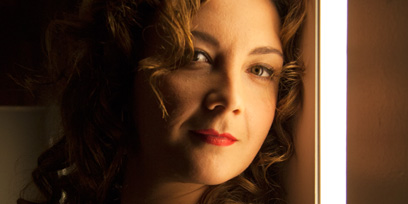 Mariangela Sicilia is one of the most sought-after sopranos to emerge from Italy in recent years. She launched her career singing at the most prestigious theatres in Italy, including the Teatro dell’Opera in Rome, Teatro di San Carlo in Naples, Teatro Regio in Turin, Teatro Comunale in Bologna, Teatro Petruzzelli in Bari, and Teatro Massimo in Palermo, later moving on to the great stages of Europe, such as the Opéra National de Paris, Teatro Real in Madrid, Dutch National Opera in Amsterdam, Opéra de Monte Carlo, Salzburg Festival and Wexford Festival.

Sicilia’s engagements for the 2016/17 season include Sophie in Werther at the Teatro Comunale di Bologna, Violetta in La Traviata at the Teatro di San Carlo in Naples, Corinna in Il viaggio a Reims at the Teatro dell’Opera di Roma, and Donna Anna in Don Giovanni at the Royal Opera House Muscat.

Sicilia made her operatic debut in 2009 as Gretel in Humperdinck’s Hänsel und Gretel with the As.Li.Co. (Como) project, touring numerous Italian theaters. She has since worked with many important directors, including Terry Gilliam, Graham Vick, Jonathan Miller, Davide Livermoore, Deniz Krief, Damiano Michieletto, David McVicar, and Rosetta Cucchi, as well such conductors as Sir Mark Elder, Michele Mariotti, Daniel Oren, and Alberto Zedda. A regular guest at the Rossini Opera Festival in Pesaro, Sicilia has been seen there in recent years as Corinna in Il viaggio a Reims, Albina in La Donna del Lago, Elvira in L’Italiana in Algeri, and Isabella in Inganno Felice.

Mariangela Sicilia was born in Cosenza, Italy, where she later studied Voice and Piano at the Music Academy. She then went on to develop her artistry under the guidance of Fernando Cordeiro Opa. Sicilia has completed studies at the Scuola dell’Opera Italiana of the Teatro Comunale in Bologna, the Mozart Academy in Aix en Provence, and the Accademia Rossiniana in Pesaro. She has been distinguished in several prestigious international vocal competitions, including a Third Prize win at Operalia in Los Angeles. Also active as a recording artist, Sicilia can be heard as Vivetta on the first-ever DVD and Blu- Ray recording of Francesco Cilea’s L’Arlesiana, under the Dynamic label in 2013 and under the direction of Rosetta Cucchi and Francesco Cilluffo.