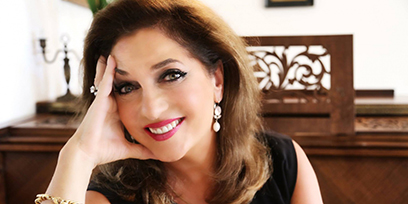 Distinguished soprano Marie McLaughlin has enjoyed more than three decades of performance at the highest international level. Over that time, she has collaborated with some of the world’s greatest conductors, including Daniel Barenboim, Bernard Haitink and Sir Antonio Pappano; as well as such legends as the late Leonard Bernstein and Giuseppe Sinopoli. A wide repertoire of core roles took McLaughlin around the world at an early age including to the Metropolitan Opera, Royal Opera House, Opéra National de Paris, and the Salzburg and Glyndebourne Festivals.

Her substantial discography includes many roles, such as Zerlina in Don Giovanni with Sir Neville Marriner for Philips, Despina in Così fan tutte with James Levine for Deutsche Grammophon, and Micaëla in Carmen and Violetta in La Traviata under Bernard Haitink.