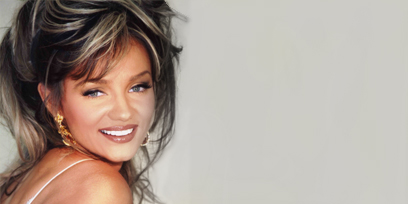 Milica Ilic’s most recent performances include Queen of Night (Die Zauberflöte) in Sydney, Melbourne, Perth and Essen; Gilda (Rigoletto) in Modena, Sophie (Werther) for Ópera de Tenerife, Susanna (Le nozze di Figaro) and Mahler’s Symphony No. 4 for the Xi’an Symphony Orchestra in China and the soprano solos in Carmina Burana for the Sydney, Adelaide and Queensland Symphony Orchestras. She returns to Tenerife in 2018 as Violetta in La Traviata.

Serbian-born, Milica migrated to New Zealand in 1996. She commenced her musical training at a young age undertaking singing lessons with Professor David Griffiths. As a member of the Young Friends of Opera New Zealand, she performed as a soloist and in the chorus. Whilst appearing on the television series Dreams Come True, Milica met Dame Kiri Te Kanawa, which subsequently led to her participating in a weekend workshop hosted by the internationally-renowned soprano.

Milica completed a Bachelor of Music Degree at the Queensland Conservatorium Griffith University (QCGU). She also studied German at the Goethe-Institut in Berlin (2005) and voice with Leandra Overmann (Professor of Singing at the Academy of Music in Würzburg in Germany). She has been the winner of the 2008 Australian National Eisteddfod, the Dame Joan Sutherland Vocal Competition (at the youngest recorded age of 19), the Elwyn Barber Memorial Encouragement Trophy, as well as a two-time winner of both the Margaret Nixon Vocal Competition and the South East Queensland Aria and Concerto Competition (2006 and 2008).

In 2009, Milica created the role of Emma in the youth opera Dirty Apple and appeared in La Traviata - both for Opera Queensland.  She also sang the role of Barbarina in Le nozze di Figaro for Macau International Music Festival.

The following year, Milica continued her affiliation with Opera Queensland as a Young Artist and performed in their touring production of The Merry Widow. She also performed in the Opera Gala for the Queensland Symphony Orchestra and gave a private recital in the Utzon Room at the Sydney Opera House. In 2012, she made her Opera Australia debut as the Queen of Night in Die Zauberflöte.

Her EP with mezzo-soprano Victoria Lambourn – Lakmé was released by ABC Classics.

The Magic Flute – Opera on the Beach