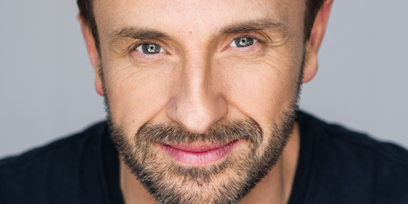 With an extensive career in theatre, film and television, Mitchell is one of Australia’s most prolific, versatile and awarded acting talents. From Shakespeare, Moliere, Williamson and O’Neill to musicals such as Avenue Q, A Funny Thing Happened on the Way to the Forum and The Mikado to AFI-nominated feature film and TV performances, Mitchell is an impressive force in Australian entertainment.

His music theatre credits include his Helpmann-awarded roles of Princeton and Rod in Avenue Q (Arts Asia Pacific); Orpheus in the Underworld (Opera Australia); A Funny Thing Happened on the Way to the Forum, Man of La Mancha (Gordon Frost/SEL); Assassins (Silo Theatre, NZ); The Producers, Kismet, Sugar “Some Like it Hot”, Little Me, Oklahoma, Hair (The Production Company); Dusty (Dusty Productions); Grease, Saturday Night Fever, Little Shop of Horrors (David Atkins Enterprises); Follies and Bernadette Peters in Concert (Sydney Opera House) and the role of Ko-Ko in Opera Australia’s The Mikado (which was filmed for ABC and then released on DVD).

Mitchell has appeared in three solo cabaret shows, Mitchell Butel’s Excellent Adventure, And Now for the Weather and Killing Time (which is available on CD or through iTunes) and he is also the voice of the Playschool theme song.

Mitchell received Helpmann Awards for Best Actor in a Musical for The Venetian Twins, Avenue Q and The Mikado, Helpmann nominations for A Funny Thing Happened on the Way to the Forum, Little Me, Summer Rain and The Republic of Myopia, Green Room Awards for Hair and Piaf, and AFI nominations for Best Supporting Actor in a Feature Film for Gettin’ Square and Strange Fits of Passion.

He has been a proud member of Actors Equity since 1988 and is also a member of the National Performers Committee. He is delighted to be joining such a talented cast in such a beautiful production.