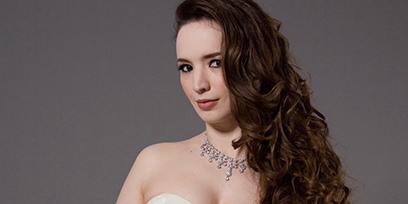 Simona Mihai trained in the UK where she attended the European Opera Centre, the Royal College of Music, London and the Benjamin Britten International Opera School as a Queen Mother Scholar. She was awarded the Rosemary Bugden Junior Fellowship and the David Bowerman Junior Fellowship at the RCM and is a Samling Foundation Scholar.

Simona is the recipient of numerous singing prizes including first prize at the Takasaky International Competition in Japan (1996); the Kathleen Ferrier Bursary for Young Singers; the National Mozart Competition; the Miriam Licette Prize and the Maggie Teyte Scholarship (in both 2003 and 2004); the Joaninha Trust Award and the Clonter Opera Prize.