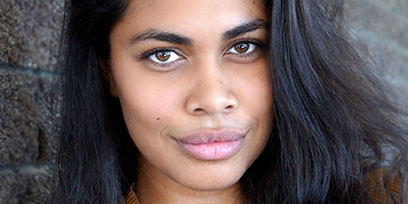 Teresa was raised along the Western Australian coastline, between Karratha and Bunbury.

In 2015, Teresa successfully auditioned for West Australian Academy of performing Arts (WAAPA) Aboriginal Performance course. After graduating, she was then accepted into WAAPA’s Bachelor of Arts (Acting), during which she had the pleasure of performing roles such as Tituba in The Crucible, Eunice in A Streetcar Named Desire and Condoleezza Rice in Stuff Happens. Additionally, she was invited to perform at Ryerson University in Toronto in Home, a production written and directed by Peggy Shannon.

While still at WAAPA, Teresa was cast as Jaz in the 2018 Australian television drama series, Mystery Road, starring Judy Davis and Aaron Pedersen.