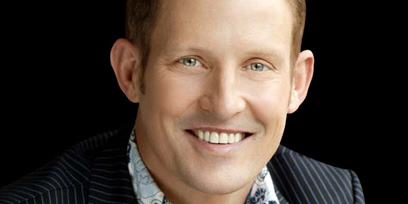 A household name in Australia, Todd’s versatile career has spanned three decades and shows no sign of slowing down. Already known as Australia’s leading man of song and dance musicals, since 1994 he’s also been the “colourful” and often controversial judge on the Seven Network’s hit series Dancing With the Stars.

Todd began dancing at the age of three at his mother’s dancing school in Perth, training in jazz, tap, acrobatics and ballroom dancing. He has represented Australia in ballroom and Latin American dancing, winning many international dance titles. Amongst his Australian awards for performance in musical theatre are two Mo Awards, the Variety Club Heart Award, Glugs Award, Green Room Award, two Australian Dance Awards and a Helpmann Award.

He was cast in his first professional musical, Andrew Lloyd Webber’s Song and Dance, in 1983. From here Todd’s career has followed a very neat path with lead roles in Cats, 42nd Street, West Side Story, Crazy For You, Born Yesterday, Camelot, Pirates of Penzance, Cabaret, the film Strictly Ballroom, La Cage aux Folles, Singin’ In the Rain, Anything Goes and Priscilla Queen of the Desert.

It was landing the prized role of Peter Allen in the Australian hit production The Boy From Oz that confirmed Todd’s star status on stage. The Boy From Oz performed over 900 shows nationally and is one of the longest running and most successful musical productions in Australian history. In 2012, Todd relished in the role of villain ‘Rooster’ in the all-time classic musical Annie. Presently he is headlining the stage production of the infamous story of Grease taking on the role of Teen Angel, playing nationally around Australia.

Todd co-hosted Sydney’s MIX106.5FM breakfast radio program with Sonia Kruger in 2008 and 2009. He regularly fills in for Larry Emdur on Channel 7’s The Morning Show with Kylie Gillies. He has also filled in as a judge on Australia’s Got Talent on the Seven Network.

In 2013 Todd played the role of Pluto in the Opera Australia season of Orpheus In the Underworld directed by Jonathan Biggins.

For the past six years Todd has been studying Auslan sign language and has worked within the deaf community all around Australia.  He also works for the Children’s Cancer Institute Australia on their Diamond Ball Committee and helps raise much needed funds for research to find a cure for children’s cancer.

Todd became a father in 2007 and his daughter Charlotte is the light of his life. 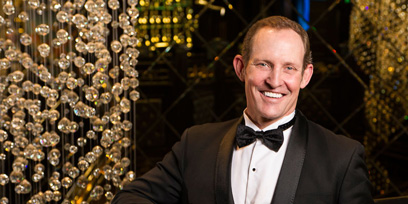 How a maraca-shaking boy from Oz became a household name