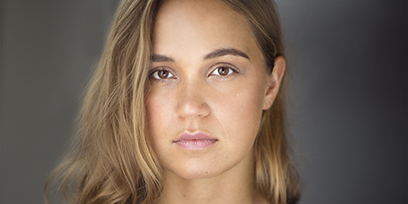 Tuuli was born and raised in rural Western Australia and is of Aboriginal and Finnish descent. Her first encounter with performing arts came through the practice of cultural dance and slowly branched out into acting and singing.

As a teenager, Tuuli was accepted into the acting stream of John Curtin College of the Arts, however continued to hone in on her skills in classical ballet, contemporary and character dance at Charlesworth Ballet Institute.

Her first major acting role came as Ruby in Stolen by Jane Harrison, directed and produced by Leah Purcell. This experience was the driving force that pushed Tuuli to audition for NIDA bachelor for Fine Arts, which she graduated in 2018.

After graduating she was cast in Winyanboga Yurringa at Belvoir St Theatre, then joined the cast for Black is the New White at the Sydney Theatre Company.