Everything you need to know about Rossini's forgotten opera Il Viaggio a Reims, including information about the composer, the story, the music, the history of the opera and some fun facts. 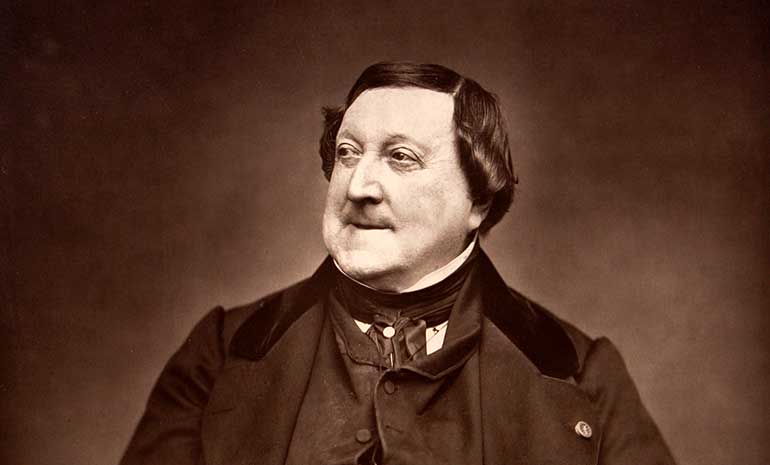 Rossini was a giant of the Italian opera world (both in terms of output and girth — he was a gourmand as well as a musical genius!).

How do you know you’re listening to Rossini?

People called the composer Signor Crescendo, because he often used the musical device of starting soft and getting louder, louder, louder as the action gets crazier on stage. One scholar describes Rossini’s crescendos as “tempests in teapots [which] begin in a whisper and rise to a flashing, glittering storm.”

Some of his music is dazzlingly difficult to perform — he wanted to show off the technical skills of his artists.

He wrote forty operas before the age of 40 and promptly retired to enjoy his fortune.

A group of aristocratic travellers are stranded together on the way to Reims, where they’re heading to celebrate the coronation of King Charles X.

Fortunately, the unlikely bunch create plenty of their own entertainment.

The title translates to ‘The Journey to Reims’.

This is an ensemble opera, which means it’s a big cast with lots of important roles. We could introduce them all, but it gets confusing!

There’s a hostess, some eligible young widows, a poetess, a multinational assortment of army and navy officers, a doctor, a scholar and of course, the help: a housekeeper, courier and valet.

There’s not much plot, but there’s plenty of intrigue about who is in love with who, some sentimental moments and a whole lot of comedy.

No one heard this opera between 1825 and 1984, when famous conductor Claudio Abbado resurrected it for a Deutsche Grammophon recording.

So there isn’t a famous aria, but there’s a brilliant ensemble written for 14 voices (!) that you can listen out for. In fact, every number in the opera is a show-stopper. It’s a musical feast. 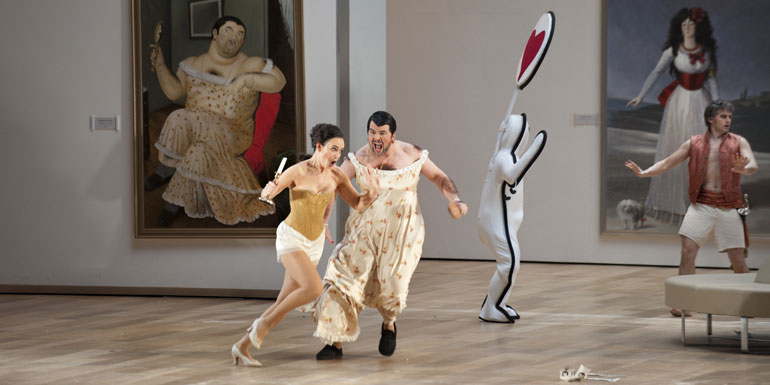 A scene from Il Viaggio a Reims, staged in Amsterdam. © Photo credit: Clärchen and Matthias Baus.

A playful take on an opera story that’s just begging for an update, by director Damiano Michieletto.

He puts the eccentric cast of characters in a gallery filled with the master works of art history. We can’t reveal why they’re there (it would spoil the ending), but art comes to life and Frida Kahlo and Van Gogh’s famous self portraits walk the stage.

You can gaze at the world’s most famous art through the magnificent (and thoroughly tongue-in-cheek) sets and costumes. 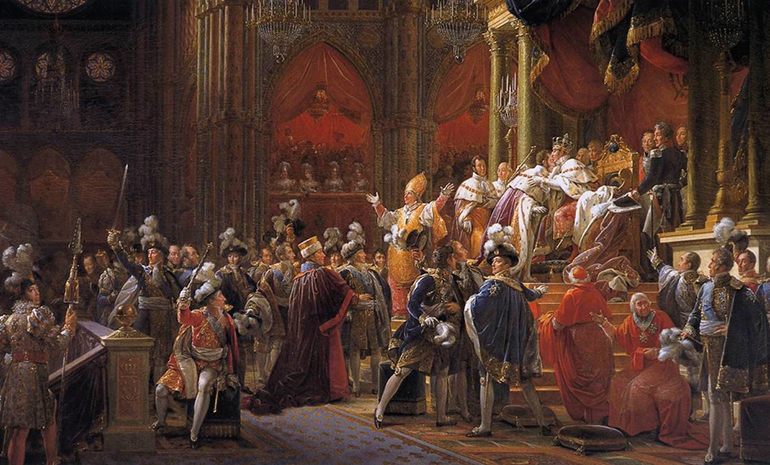 Rossini composed this showcase opera for the coronation of King Charles X of France in 1825. Featuring 10 outstanding soloists plus eight smaller roles for accomplished singers, it was an exercise in showing off. Rossini wrote some of his most impressive, most difficult music, and authorised three performances. It was extravagant, lavish and never intended to get a second outing.

Rossini was even reluctant to allow a single extra performance for charity, only giving in after some official arm-twisting. Perhaps he always intended to pillage the score for future operas.

Or perhaps Rossini was simply being pragmatic. The music was so demanding and the casting demands so extreme, what opera company would have the appetite or budget to put it on?

In 1983, after a brilliant musical detective story spanning a decade, American musicologists Philip Gossett and Janet Johnson reconstructed the opera from a variety of score fragments discovered across Europe. Since the libretto had survived, they started with Le comte Ory and worked out which pieces belonged to Il Viaggio a Reims.

Scouring libraries across Europe, the scholars found Rossini’s autograph manuscript, containing much of the music that didn’t make it into Le comte Ory. They found a few pieces of the puzzle in Italy and Austria, and Gossett composed the final missing chorus himself. (He later discovered the original chorus, hiding in another Rossini opera, and reinstated it.)

Conductor Claudio Abbado conducted the first ever revival of Il Viaggio a Reims in Pesaro in 1984, and the resulting recording delighted audiences.

Rossini’s prediction remains true — Il Viaggio a Reims is a demanding and expensive undertaking for any opera company.

But opera companies around the world have relished the challenge and opportunity to show off their best performers.

Il Viaggio a Reims in a nutshell

The music: Lavish, extravagant, fiendishly difficult — it requires 10 singers at the top of their game, plus eight additional smaller parts.

The big hit: There isn't one — this opera was lost to history until it was revived in 1984.

The setting: Originally set in a spa hotel on the route to Reims, this production moves the action to an art gallery.

The history: The opera was composed to celebrate the coronation of Charles X of France.

A quirky fact to impress your date: Musicologists resurrected this score from a series of score fragments, manuscripts and adaptations found in libraries across Europe.