Opera for One: Eugene Onegin

Tatyana is a dreamer, lost in romantic stories. When the dashing Eugene Onegin walks into her world, she feels her own love story beginning. But Onegin rejects her passion.

Eugene Onegin is the journey from what could be to what might have been. Between lies tragedy.

Tchaikovsky’s sumptuous opera is a study in reminiscence and regret.

Kasper Holten’s “hyper-intelligent, deeply moving production” (Limelight) brings memory to the fore. Through flashback, Tatyana and Onegin watch their younger selves make choices that will haunt their lives. As memories pile up on stage, the effect is devastating.

Nicole Car reprises her astonishing performance as Tatyana. This is the role that made her a star, both at home and abroad. She performs opposite her husband, Etienne Dupuis, in a pairing sure to be rich with chemistry.

Carlo Montanaro conducts one of Tchaikovsky’s most celebrated works. The Romantic score adds layers of emotion to Pushkin’s tale of unrequited love.

In restless youth,
adolescent gloom
she was waiting…
but for whom?

He loves her not,
he loves her! Yet
too late, too long,
regret, regret.

Choose three or more productions to unlock a subscriber discount, along with exclusive benefits throughout the year. The season is packed with highlights, including new productions, rare grand works and some superstar performers. Explore the season. To book an Opera for One subscription package, please call our box office at 02 9318 8200. 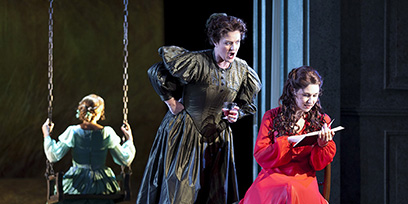 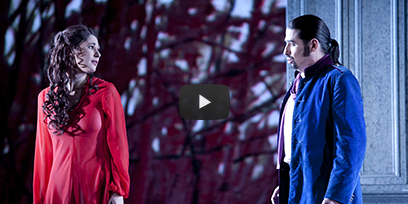 Watch the trailer for Eugene Onegin 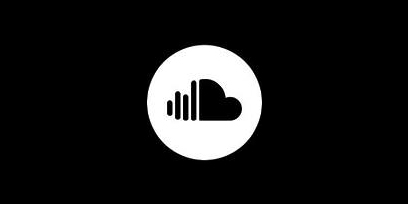 Listen to the Letter Scene from Eugene Onegin

Sung in Russian with English surtitles.

Tatyana is young and innocent: she spends her days reading novels and dreaming of literary heroes. That is, until she meets Eugene Onegin — a friend of her sister Olga’s lover, the poet Lensky.

Tatyana is smitten, and pours her heart into a letter to the stranger. But Onegin is unmoved and offers only his friendship.

When Lensky tricks his friend into attending a ball on Tatyana’s property, Onegin takes his revenge, flirting with Olga and arousing his friend’s jealousy.

A duel is announced, a shot is fired, and a few years pass before Tatyana and Onegin meet again.

First loves are not easily forgotten — what will their meeting bring?

Scene 1: The garden of the Larin country estate

Madame Larina and the nurse Filippyevna are sitting outside in the garden. They can hear Madame Larina's two daughters, Tatyana and her younger sister Olga, singing a love song. Madame Larina begins to reminisce about her own courtship and marriage. A group of peasants enter, and celebrate the harvest with songs and dances. Tatyana and Olga watch. Tatyana has been reading a romantic novel and is absorbed by the story; her carefree sister, on the other hand, wants to join in the celebrations. Madame Larina tells Tatyana that real life is very different from her novels. Filippyevna announces that visitors have arrived: Olga's fiancé Lensky, a young poet, and his friend Eugene Onegin, visiting the area from St Petersburg. The pair are shown in and Lensky introduces Onegin to the Larin family. Onegin is initially surprised that Lensky has chosen the extrovert Olga rather than her more subtle elder sister as his fiancée. Tatyana for her part is immediately and strongly attracted to Onegin. Lensky expresses his delight at seeing Olga and she responds flirtatiously. Onegin tells Tatyana of his boredom in the country and describes the death of his uncle and his subsequent inheritance of a nearby estate. Filippyevna recognizes that Onegin has had a profound effect on Tatyana.

Tatyana is dressed for bed. Restless and unable to sleep, she asks her nurse Filippyevna to tell her about her youth and early marriage. Tatyana confesses that she is in love. Left alone, Tatyana pours out her feelings in a letter to Onegin. She tells him that she loves him and believes that she will never feel this way about anyone else, and begs him to understand and help her. She finishes writing the letter at dawn. A shepherd's pipe is heard in the distance. Filippyevna enters the room to wake Tatyana. Tatyana persuades her to send her grandson to deliver the letter to Onegin.

Scene 3: Another part of the estate

Servant girls pick fruit and sing as they work. Tatyana waits anxiously for Onegin's arrival. Onegin enters to see Tatyana and give her his answer to her letter. He explains, not unkindly, that he is not a man who loves easily and is unsuited to marriage. He is unworthy of her love and can only offer her brotherly affection. He warns Tatyana to be less emotionally open in future. The voices of the servant girls singing are heard again. Tatyana is crushed and unable to reply.

Scene 1: The ballroom of the Larin house

A ball is being given in honour of Tatyana, whose name day it is. Onegin is dancing with her. He grows irritated with a group of neighbours who gossip about him and Tatyana, and with Lensky for persuading him to come to the ball. He decides to avenge himself by dancing and flirting with Olga. Lensky is astounded and becomes extremely jealous. He confronts Olga but she cannot see that she has done anything wrong and tells Lensky not to be ridiculous. Onegin asks Olga to dance with him again and she agrees, as "punishment" for Lensky's jealousy. The elderly French tutor Monsieur Triquet sings some couplets in honour of Tatyana, after which the quarrel between Lensky and Onegin becomes more intense. Lensky renounces his friendship with Onegin in front of all the guests, and challenges Onegin to a duel, which the latter is forced, with many misgivings, to accept. Tatyana collapses and the ball ends in confusion.

Scene 2: On the banks of a wooded stream, early morning

Lensky is waiting for Onegin with his second Zaretsky. Lensky reflects on his life, his fear of death and his love for Olga. Onegin arrives with his manservant Guillot. Both Lensky and Onegin are reluctant to go ahead with the duel, reflecting on the senselessness of their sudden enmity. But it is too late; neither man has the courage to stop the duel. Zaretsky gives them the signal and Onegin shoots Lensky dead.

Scene 1: The house of a rich nobleman in St Petersburg

Years have passed, during which Onegin has travelled extensively around Europe. Standing alone at a ball, he reflects on the emptiness of his life and his remorse over the death of Lensky. Prince Gremin enters with Tatyana, his wife, now a grand, aristocratic beauty. She is greeted by many of the guests with great deference. Onegin is taken aback when he sees Tatyana, and deeply impressed by her beauty and noble bearing. Tatyana, in turn, is overwhelmed with emotion when she recognises him. Gremin tells Onegin about his great happiness and love for Tatyana, and re-introduces Onegin to his wife. Onegin, suddenly injected with new life, realizes that he is in love with Tatyana. He determines to write to her and arrange a meeting.

Tatyana has received Onegin's letter, which has stirred up the passion she felt for him as a young girl and disturbed her. Onegin enters. Tatyana recalls her earlier feelings and asks why Onegin is pursuing her now. Is it because of her social position? Onegin denies any cynical motivation: his passion is real and overwhelming. Tatyana, moved to tears, reflects how near they once were to happiness but nevertheless asks him to leave. He asks her to have pity. Tatyana admits she still loves Onegin, but asserts that their union can never be realized, as she is now married, and determined to remain faithful to her husband despite her true feelings. Onegin implores her to relent, but she bids him farewell forever, leaving him alone and in despair.