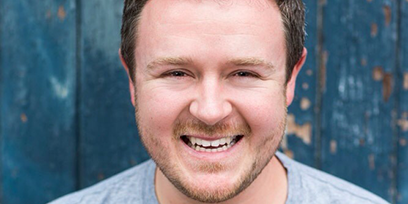 Adam Player completed a Bachelor of Music at the Sydney Conservatorium of Music before graduating with a Masters of Music from the Royal Northern College of Music. Adam first performed with Opera Australia in it’s 2006 production of The Pirates of Penzance and has since gone on to perform throughout Australia, the United Kingdom and Europe.

Adam was awarded the William McLeod Johnstone Prize for male singers from the Royal Northern College of Music, an International Opera Awards Bursary, and in 2018 won the Broadway World Sydney award for Best Supporting Actor in an Opera for his performance in Candide with Sydney Philharmonia Choirs. He appears as an Apostle on the Hallé’s Gramophone award-winning recording of Elgar’s The Apostles, as Soldato I/ Famigliari II on Pinchgut Opera’s recording of L’incoronazione di Poppea and as Registrar in Handa Opera on Sydney Harbour’s DVD of Madama Butterfly. Adam has also been a regular performer at Woolworth’s Carols in the Domain, and has performed in the Thursford Christmas Spectacular, Europe’s largest Christmas show.