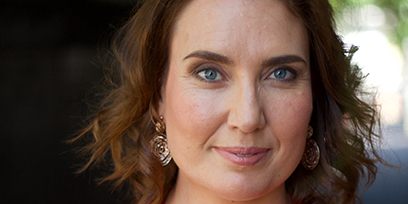 Jane has established a reputation for intelligent refined singing and dramatic flair. In addition to her performances with Opera Australia, Jane has covered extensively and initially attracted much notice for her opening night ‘jump in’ performances of both Adina and Lady Billows.

Born in Sydney, Jane holds a Bachelor of Creative Arts from Wollongong University with a double major of Music and Acting, and a Diploma of Opera from the Sydney Conservatorium. Jane was twice a finalist in the McDonalds Operatic Aria, as well as a finalist in the Opera Foundation’s New York Study Award, Covent Garden Scholarship and the Metropolitan Opera Award. In 2009 she won the inaugural Moffatt Oxenbould Young Artist Competition to join the Opera Australia Young Artist program in 2010.

Jane has been nominated for three Green Room Awards for opera for her portrayals of Fiordiligi, Alice Ford and Frasquita and has twice been mentioned in Paul Selar’s OperaChaser Awards for ‘Outstanding Female in a Supporting Role’ for her performances of Musetta and the Countess. She is featured in Opera Australia’s DVD recordings of Lakme and Rigoletto and on the Wirripang CD A Poet’s Composer.