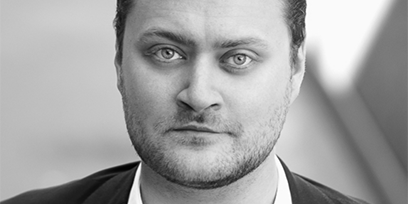 Tenor Tomas Dalton completed a Bachelor of Music in voice performance at the Melbourne Conservatorium of Music, and also holds an AMusA in piano. He subsequently undertook further study in Italy as the recipient of the Acclaim Awards Italian Opera Fellowship and the Johnson Bequest. Tomas also won the AOAC Opera Award in 2020.

For Opera Australia Tomas has sung the roles of: Tamino in Mozart’s The Magic Flute (Schools tour), an Apprentice in Wagner’s Die Meistersinger von Nürnberg, the Fourth Jew in Strauss’s Salome, and Bryan Robertson in the world premier of Elena Kats-Chernin’s Whiteley. In 2022 Tomas sings the Second Noble in Wagner’s Lohengrin, the Officer in Halévy’s La Juive, and covers the roles of Alfredo Germont and Gastone in Verdi’s La Traviata, Roderigo in Verdi’s Otello, and Uldino in Verdi’s Attila.

Other repertoire includes Tony Candolino in the Australian tour of Terrence McNally’s Master Class, Ernest in the world premier of Women In War in Greece, Pinkerton in Puccini’s Madama Butterfly for The Stonnington Classics, and for Victorian Opera: The Witch in Humperdinck’s Hansel & Gretel, The Villager in Respighi’s The Sleeping Beauty, The Notary in Bellini’s La Sonnambula.