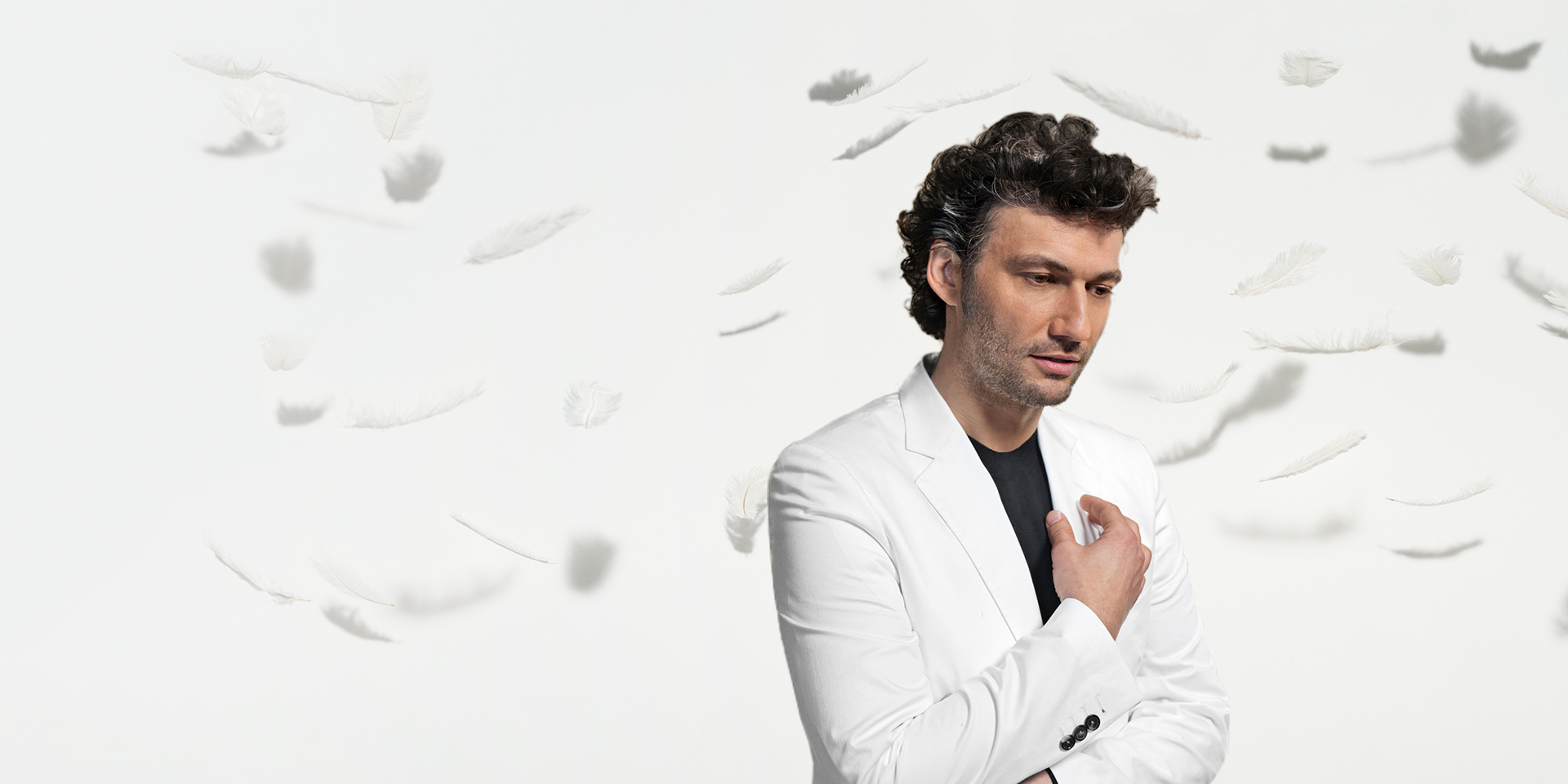 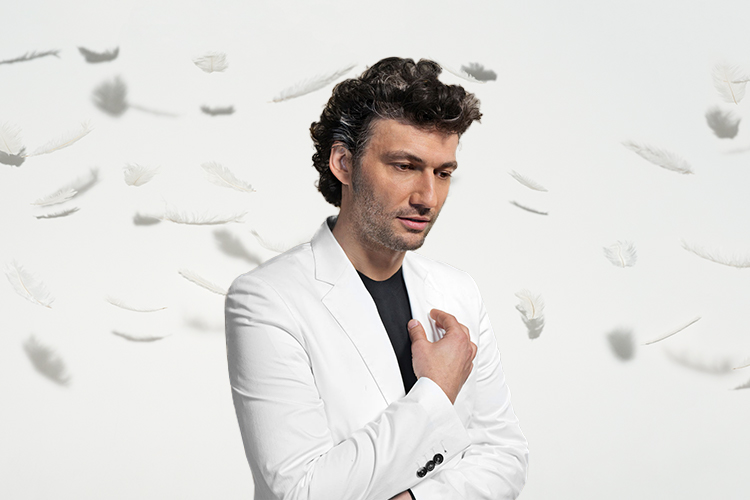 Please note: Latecomers will not be permitted to enter until the interval.

In a romance of mythical proportions, our Knight of the Swan rescues his damsel asking only one thing in return…

Elsa stands accused of a horrible crime. She prays for a champion, and a noble knight appears. But his help comes with a condition: she must never ask his name. Does true love demand blind faith?

Lohengrin is a fantastical romance. It’s filled with shimmering string passages and angelic choruses, including the famous Bridal March. Wagner described his music as “streams of gold, ravishing the senses of the beholder”.

The world’s most in-demand singer — Jonas Kaufmann — is the noble Lohengrin.

Every Kaufmann performance is a once-in-a-lifetime experience, and this marks the first time ever the German tenor will perform a fully staged opera in Australia.Kaufmann as Lohengrin is “in a class of his own, totally involved and giving a masterclass of daringly varied, sometimes mannered, vocal technique” (The Guardian).

Joined by a brilliant cast including Emily Magee as Elsa, Elena Gabouri as Ortrud, and Simon Meadows performs as the deceived Telramund.

Director Olivier Py sets this battle between good and evil in the ruins of Berlin in the aftermath of World War II. A monumental revolving tiered set depicts a decaying theatre, where emblems of German Romanticism gather dust.

A Co-Production between Opera Australia and the Théâtre Royal de la Monnaie.

“Thoughtful and audacious piece of theatre”

Everything you need to know about Wagner's fantastical romance. 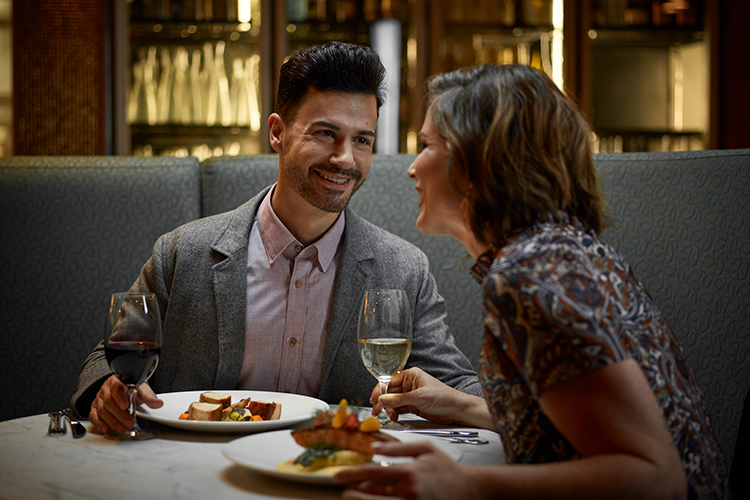 Allow us to make your dinner reservation for you at Arts Centre Melbourne. You’ll be served a three-course menu for just $95.

On the banks of the river Scheldt a herald announces Heinrich, King of Germany, who asks Count Telramund to explain why Brabant is torn by strife and disorder. Telramund accuses his ward, Elsa, of murdering her brother, Gottfried, heir to Brabant’s Christian dynasty.

Gottfried was actually enchanted by the evil Ortrud, whom Telramund has wed. When Elsa is called to defend herself, she relates a dream of a knight in shining armour who will come to save her. The herald calls for the defender, but only when Elsa prays does the knight appear, magically drawn in a boat by a swan. He betrothes himself to her on condition that she never ask his name or origin. Defeating Telramund in combat, the newcomer establishes the innocence of his bride.

Before dawn, Ortrud and the lamenting Telramund swear vengeance. Elsa appears on a balcony, and Ortrud attempts to sow distrust in the girl’s mind, preying on her curiosity, but Elsa calmly offers Ortrud friendship. Inside, while the victorious knight is proclaimed
guardian of Brabant, the banned Telramund furtively enlists four noblemen to side with him against his newfound rival. At the cathedral entrance, Ortrud and Telramund attempt to break up the wedding – she by suggesting that the unknown knight is in fact an impostor, he by accusing Elsa’s bridegroom of sorcery. The crowd stirs uneasily. Though troubled by doubt, Elsa reiterates her faith in the knight before they enter the church, accompanied by Heinrich.

Elsa and her husband, alone in the bridal chamber, express their love. Anxiety and uncertainty at last compel Elsa to ask the groom who he is and from where he has come.

Before he can reply, Telramund and his henchmen burst in. With a cry Elsa hands the knight his sword, with which he kills Telramund. Ordering the nobles to bear the body to the King, he sadly tells Elsa that he will reveal his identity before the King and the people. The King and the army assemble at the Scheldt. The distraught Elsa and her attendants arrive. Lohengrin tells the King he cannot now lead the army against the Hungarian invaders.

He explains that his home is the temple of the Holy Grail at distant Monsalvat, to which he must now return; Parsifal is his father; Lonhengrin his name. The swan appears and Lohengin prepares to depart. Ortrud rushes in, jubilant over Elsa’s betrayal of the man who could have broken the spell that transformed her brother into a swan. But Lohengrin’s prayers bring forth Gottfried in place of his vanished swan, and after naming Gottfried ruler of Brabant, Lohengrin disappears. Ortrud collapses, and Elsa, calling for her lost husband,
falls lifeless to the ground.