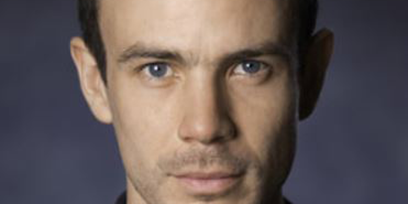 Warwick Doddrell is an award-winning director from Western Australia, creating intimate, visceral and energetic productions. Based in Sydney, he has a degree in film production and studied for his Master’s degree (Directing) at NIDA. He trained in London with the New End Theatre and has staged works in Perth, Melbourne, London and Sydney, and continues to develop new work, including a new musical of Dot and the Kangaroo, workshopped with the Victorian College of the Arts in 2018. He has interned with Opera Australia, Michael Cassel Group, MonkeyBaa and the Ensemble Theatre, and has directed for Nate Butler Studio, Central Coast Opera, New Theatre, Old 505 Theatre and the Kings Cross Theatre, as well as assisting for Merrigong Theatre, MonkeyBaa, CDP and NIDA.

His productions have won Best Children’s Event, Members Choice, Best Marketing and Best Independent Production Awards. Recently he directed the acclaimed Australian premiere of John O’Donovan’s play If We Got Some More Cocaine I Could Show You How I Love You (KXT Kings Cross Theatre) and the Sydney Theatre Award-winning Stupid Fucking Bird (New Theatre).

Warwick is a Sandra Bates Award recipient in 2020/21, and will assist with the Ensemble Theatre productions of Kenny and Killing Katie. He is directing the Australian premiere of Zombie Thoughts for the National Theatre of Parramatta and is excited to be working with Opera Australia.