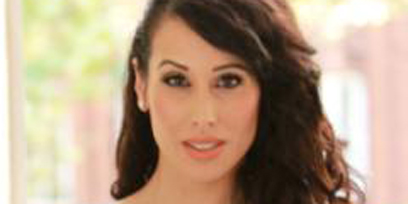 Clarissa graduated with Distinction in Voice (Bachelor of Music) from The Sydney Conservatorium of Music. She began her journey towards an operatic career when, at age 11, she became a part of the Opera Australia’s Children’s Chorus from 1993 to 1996, performing in several seasons of Cavalleria Rusticana/I Pagliacci, Turandot and La Boheme.

Clarissa won the Dame Joan Sutherland Encouragement Award in 1998 and 2001. In 2006 she was recognised as an Outstanding Artist in the McDonald’s Performing Arts Challenge, and won the Pollard People’s Choice Award for Performance Excellence. In 2010, Clarissa was selected to be part of the Young Artist Program for Pacific Opera.

In 2011, Clarissa won the prestigious Opera Foundation Australia’s Lady Fairfax New York Award, to study with teachers and coaches from The Metropolitan Opera and The Juilliard in New York; further prizes include The Australian Singing Competition’s Opera Award and The Royal Overseas League Bursary Award.

A versatile performer, Clarissa has performed across many genres, in which she has appeared as: The Sorceress and First Witch in Dido and Aeneas; Quivera in The Indian Queen and Gianetta in The Gondoliers. Her Music Theatre roles include Cosette in Les Miserables, Kate/Lilli Vanessi in Kiss Me Kate, Jenny Lind in Barnum, Reno Sweeney in Anything Goes, and Babe Williams in The Pajama Game.

Clarissa tours both Nationally and Internationally with The 7 Sopranos, has toured with operatic group ENCORE throughout Japan, and now regularly appears as guest artist with SMA Productions performances of Opera by Disguise, Wish Upon A Star, and Entertainment by Design. She co-formed operatic group FUSION which is in demand on the cruise circuit both here and abroad.

Clarissa is regularly engaged by Opera Australia’s Regional Touring Company, (formerly OzOpera) and her touring experience is extensive. Roles include: Gretel in Hansel and Gretel, Clorinda and Cinderella in Cenerentola; Clown, Lady Sue and Music Hall Singer in Sid the Serpent; Pamina, Queen of the Night, First Lady and Papagena in The Magic Flute and Rosina in The Barber of Seville.

In concert, Clarissa appeared with Willoughby Symphony Orchestra in their Mozart Requiem, conducted by Paul Fitzsimon and undertook a National tour of China, performing in a show of Musical Theatre favourites, such as Phantom of the Opera, The Sound of Music, The King and I and West Side Story.

In 2015, her year began appearing as Micaëla in Carmen for Opera New England. Clarissa continues her association with Opera Australia, appearing as Papagena in their regional tour of The Magic Flute, directed by Michael Gow.