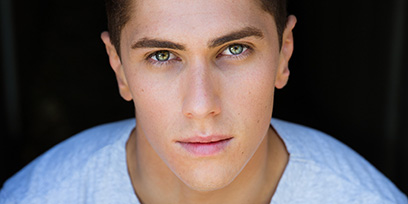 Matthew graduated from Brent Street in 2013, and soon after made his stage debut in the original cast of Baz Lurhmann’s Strictly ballroom – the Musical (Global Creatures).

Other credits include; Singin’ in the Rain’ (Dainty Group), Hello, Dolly! (TPC), and most recently has been seen in the Asia Pacific tour of Disney’s Aladdin (Disney Theatrical Australia) where he was the Assistant Dance Captain/ Swing, following a successful run in the ensemble during the Australian tour.

Matthew has also appeared as a dancer for X Factor Directed by the Squared Division, and 13 rooms for Sydney Dance Company.