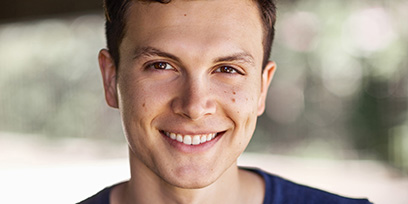 Nigel Huckle is an Australian-born American actor and singer based in Melbourne. His international touring credits include Opera Australia’s West Side Story and Cameron Mackintosh’s new production of Les Misérables, which included a run at the illustrious Dubai Opera. He was most recently seen in Melbourne, starring as Jimmy Smith in Thoroughly Modern Millie (The Production Company). Nigel’s other credits include Barnaby in Hello, Dolly! (The Production Company), The Ziegfeld Tenor in Funny Girl (Sydney Symphony Orchestra), Nick in the Australian premiere of The Handmaid’s Tale (Gertrude Opera) and Lt. Cable in South Pacific (Utah Shakespeare Festival).

He has also been a touring member of the Platinum-selling group The Ten Tenors for the past three years, having toured across the globe from the United States to Brazil and here at home, and can be heard on their most recent album Love Is in the Air. Nigel is extremely proud to be joining the cast of The Secret Garden, and to be playing the role of Dickon. He sends enormous thanks to the team at Ian White Management. Member of MEAA Equity.