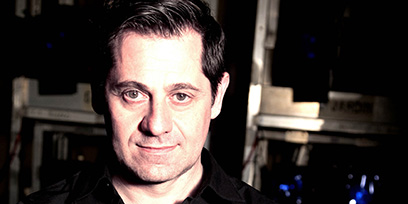 Author, director and actor, Olivier Py was born in 1965. After studying at the National Superior School of Theatre Arts and Techniques (Ensatt), he entered the National Conservatory of Dramatic Art Paris in 1987, while studying theology. His first play, Oranges and Nails, was created by Didier Lafaye in 1988. In the same year, Olivier Py founded his own company.

Olivier Py is faithful to the Festival d'Avignon, where his work has been seen many times, notably in 1995, when he made a mark on the Festival by performing The Servant, an endless story, a twenty-four hour cycle, or in 2006, on the occasion of the closing of the 60th Festival d’Avignon, when he staged a tribute to Jean Vilar, The Vilar Enigma in the Cour d’honneur of the Popes’ Palace.

In 1998, Olivier Py was appointed as the director of the Orleans National Drama Centre. Then from 2007 to 2011, he was the head of the French national Odeon-Theatre of Europe. Olivier Py has been entrusted with the management of the Festival d’Avignon starting with the 2014 edition. A position he has held since September 2013.