Rosie Waterland was a guest of Opera Australia at La Bohème the Sydney Opera House in 2020. This is her unedited review of the experience.

Hello, and welcome to another edition of Sneakers at the Opera! I’m excited to be back, bringing you the highbrow culture you deserve via the lowbrow humour that I love. Chuck in some GIFs, add my sneakers and everyone’s a winner!

This time around I’m giving you all the deets on La Bohème, and hoo-boy, did it bring up some drunken, messy memories from my uni days. Seriously — remember being young and poor and living in a share house and only being able to afford Mi Goreng for every meal, yet still somehow managing to scrape together nine bucks for Passion Pop every second night so you could ignore your essay and hook up with randoms?

La Bohème is the opera version of that time in your life. In fact, this may be the most relatable opera I’ve ever seen.

It’s about these two dudes, Rodolfo and Marcello. One is a poet, one is a painter (oh god yep already sounding very much like my uni days... probably hooked up with both of them). 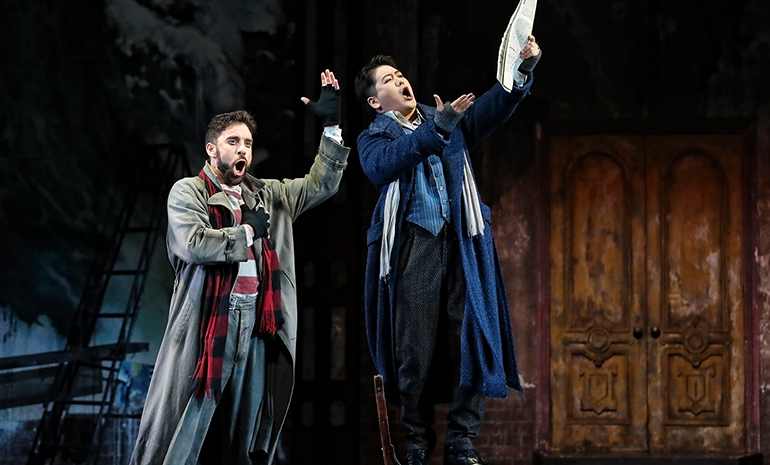 Rodolfo and Marcello live in a crappy sharehouse together. It’s cold. They’re eating Mi Goreng to survive. Their buddy Schaunard randomly shows up (he’s a musician, of course) with a bunch of food and wine, and says he’s going to take them out to celebrate with some money he lucked into that day. He’s basically the kid who’s Centrelink payment came through so he feels rich and wants to shout everyone beers.

Just as they’re about to leave, the landlord turns up and demands the rent. And rather than, you know, paying him with Schaunard’s cash (excuse me, that’s for BEERS), they get him drunk and trick him and push him out the door. I wanna say that reminds me of being young, but I grew up in Sydney where sneezing too loud can get you evicted so… definitely can’t relate on that one.

Marcello and Schaunard decide to head to the pub, but Rodolfo has a major assessment due or something, so he’s like, “count me out guys, if I don’t at least get past the introduction of this thing I’m screeeeewed.” He then, if he’s anything like me, proceeds to read crap on the internet for five hours before falling asleep with a chicken nugget on his boob. Although this version of La Bohème is set in Berlin in the 1930s, so maybe not quite.

After spending some solid time on Wikipedia doing "research", Rodolfo is just about to reward himself for his hard work by going to meet the guys, when there’s a knock at the door. It’s a hot AF girl called Mimì from down the hall, who needs some help 'lighting her candle' if you know what I mean… WINK.

Seriously though, she does just actually need help lighting a candle. And then, because these are young, poor idiots in their early 20s, Rodolfo and Mimì immediately decide they’re in love. Like, immediately. Their hands touch, he sees her in the moonlight, and bada bing bada boom: LOVE. Just like you once thought you were with the random you made out with on a sticky dance floor at 4am. 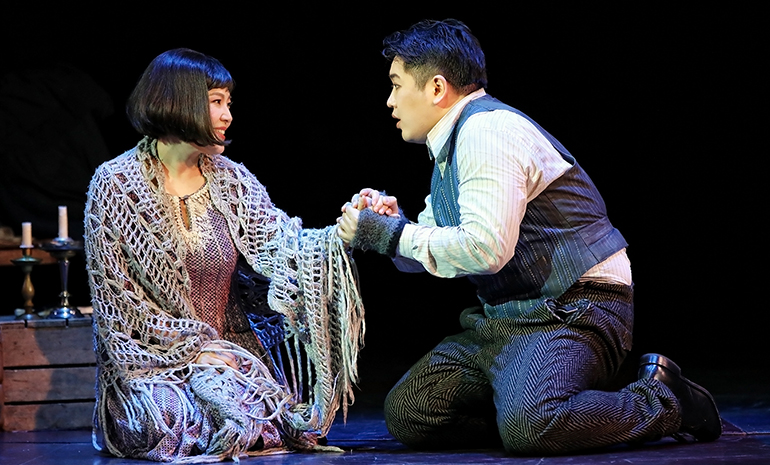 Young people are so dumb. Photo by Prudence Upton.

Rodolfo and Mimì decide to go meet all the others at the pub, and a pretty big, messy night goes down. You know the kind of night I mean — lots of booze, lots of drama, someone ends up crying, one couple has a big fight, someone gets so drunk they puke in the Uber… 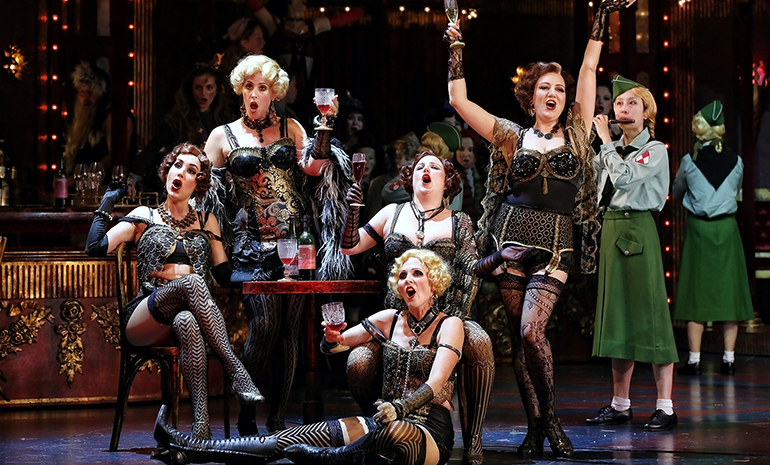 No one can keep their shit together when it’s someone’s Cenny-link payday. Photo by Prudence Upton.

Cut to the night’s aftermath, and Mimì is wandering alone because at some point, Rodolfo GHOSTED HER. She goes looking for him, because, you know, how dare he be such a knobcloud when they are quite clearly in love and who could’ve ever predicted this would happen? 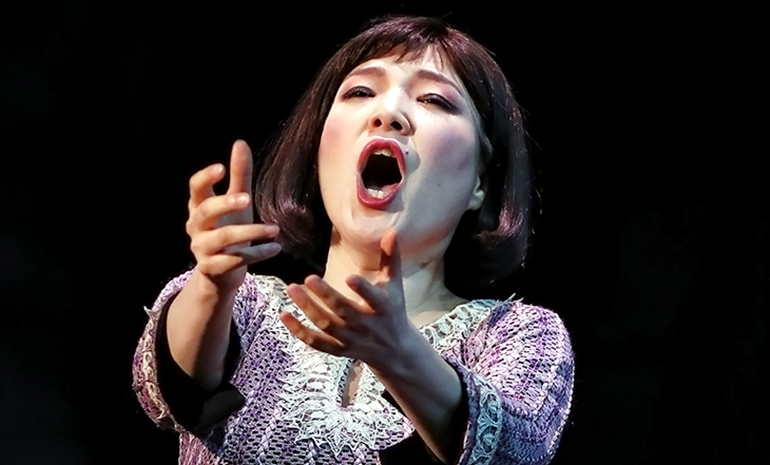 HOW COULD I HAVE KNOWN IT WASN’T REALLY LOVE? Photo by Prudence Upton.

And, just like every big, messy night out in your early 20s, SHE FINDS HIM AND SOME MAJOR DRAMAAAA GOES DOWN.

I don’t want to ruin it for you by revealing how this all ends up, but suffice to say… there’s a reason we don’t carry on forever the way we did when we were 21. In hindsight, it may seem like a romantic, bohemian, party-filled time, but in reality, we were poor, nobody knew what the hell they were doing, all our furniture had been dragged in off the street, and no one had discovered the power of a good quality vodka yet.

I still don’t know what the hell I’m doing, but I can pay my rent and none of my friends end up crying in the gutter when we have a night out.

It is fun to remember that time though. Especially in opera-form. Something about the heightened glamour and theatrics of the opera matches perfectly with the dramas of a bunch of poor, clueless 20-year-olds. Imagine the biggest, craziest night of your life back in those days, then add flawless singing and a full orchestra. And a few people crying in the gutter after one too many. That’s La Bohème. What’s not to love?

Rigoletto: Sneakers at the Opera
Madama Butterfly: The Ultimate Ghosting
Carmen: A Smuggling Ring Storyline on The Bachelorette
Turandot: Table-flipping levels of drama