Rosie Waterland was a guest of Opera Australia at Madama Butterfly at the Sydney Opera House in 2019. This is her unedited review of the experience.

Wowsers. Well, it turns out men have been absolute shit for at least as long as operas have been written. Possibly even longer. I now know this because, as Madama Butterfly definitively proves, ghosting has been employed as a torturous dating tool for much longer than previously assumed.

‘Ghosting’ is the act of completely disappearing on someone you’ve been dating, without warning or explanation, like a ghost. No goodbye. No hours-long tense conversation on the couch about how things just don’t feel the same anymore. Not even a tag on Insta in a ‘Bye Felicia’ meme. NOTHING. To ghost someone is to break up with them without being brave enough to go through the hard parts of a break up.

Thought to be a new phenomenon brought about by modern online dating culture, I can now confirm that ghosting has been around for as long as men have been the worst. So, forever.

Butterfly is this chick in Japan looking for a man. She’s tried pretty much every dating app there is, and is convinced all the good men are either taken or gay (I feel ya sister). Here she is just casually chillin’ around the house, dreaming of a boyfriend: 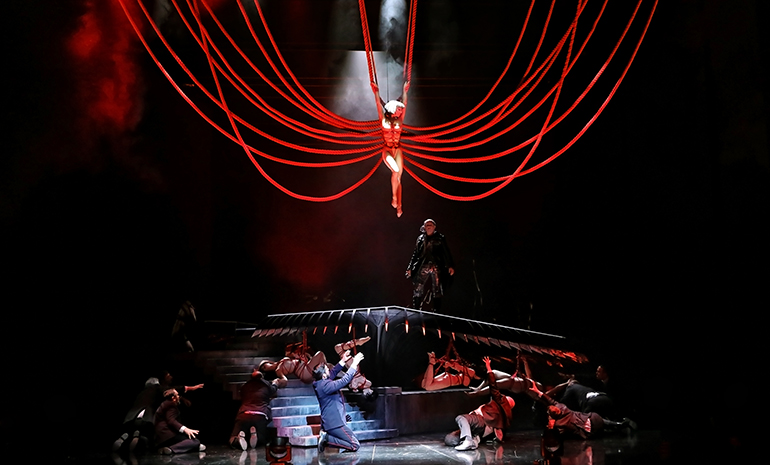 Guys I ordered this from ASOS — new Tinder pic or nah? Too much? (Photo by Prudence Upton)

Butterfly gets so despo that she turns to the human equivalent of paying 150 bucks to join Tinder Plus, a guy called Goro, who promises to fix her up with a high quality man.

Goro quickly comes through, and matches her with an American dude called Pinkerton, who has just bought a fancy house in Japan. Here’s his profile pic: 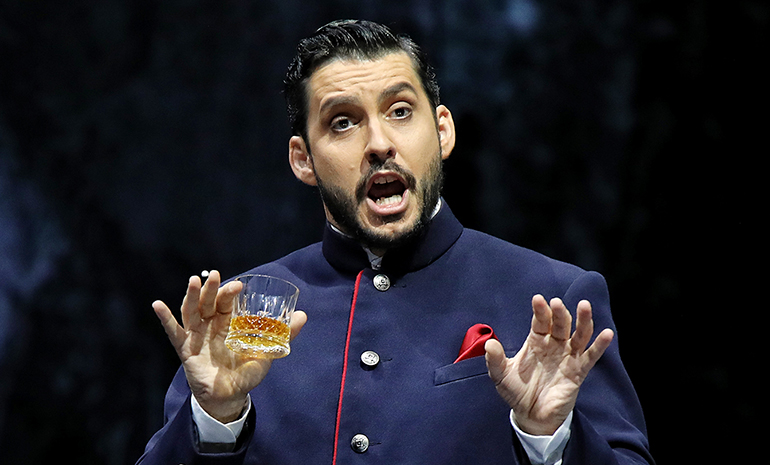 Not suss-looking at all. (Photo by Prudence Upton)

Like any despo woman who matches with a guy on Tinder, when Pinkerton doesn’t immediately send a dick pic, Butterfly decides he is perfect and decent and must be her soulmate. She immediately tells her besties.

OMG you guys! He’s cute and he didn’t force me to look at an unsolicited photo of his penis! He must be the one! (Photo by Prudence Upton)

What Butterfly doesn’t know, is that Pinkerton is only planning on staying in Japan briefly for work, and basically just wants some action while he’s in town. Problem is, no ladies will sleep with him unless he marries them, so Goro the Human Tinder guy has promised Pinkerton that if he pays lots of money, he’ll arrange for him to marry Butterfly in a marriage that can be easily dissolved whenever he feels like going home to America.

Pinkerton is pretty psyched with that sweet-as sex deal, so he pays Goro and marries Butterfly, who, in a totally sensible move, converts to his religion and loses her entire family in the process. ANYTHING FOR LOVE, AMIRIGHT LADIES? They have very sexy sexy-times and Pinkerton tells Butterfly that he loves her which he totally, definitely means…

Pinkerton craves saturated fats and heads back to America without Butterfly. Three years pass. This happens:

Wait… you mean unprotected sex comes with the risk of pregnancy? WHY WAS I TAUGHT ABSTINENCE ONLY IN PDHPE? HOW IS THAT A PRACTICAL SEXUAL EDUCATION? ALSO WHY DID I SPEND 6 YEARS LEARNING ACCORDION BUT NOBODY EVER EXPLAINED HOW TO DO TAXES? (Photo by Prudence Upton)

Big surprise: Butterfly got knocked up and had a kid, who is now 3 years old. She hasn’t told Pinkerton because she literally can’t. She’s been ghosted. He took off not long after their sexy-times and hasn’t been back. Butterfly hasn’t heard a thing from him, but like every woman who has said to her friends, “Maybe he’s just really busy with work?” Butterfly doesn’t believe he’s ghosting her.

She thinks there must be a completely plausible explanation that he disappeared three years ago and hasn’t been heard from since. Pinkerton’s wingman Sharpless tries to tell her that she’s been ghosted, but she’s not having it.

“Butterfly, babe, all your messages are on ‘read’ and you can see he’s active on Snapchat. You know what that means, right?” (Photo by Prudence Upton)

Butterfly gets the shits that everyone is telling her to move on. Even Goro, the Human Tinder guy, feels bad about screwing her over, and tries to set her up with a hot dude who actually likes her. She refuses, because she has totally good taste in men and like, definitely knows as soon as Pinkerton is done with work or whatever, he’ll reply to her messages and come home.

But, to move things along a little, she tells Pinkerton’s bestie about the kid she accidentally had because high school never taught her about contraception. She’s convinced that once Pinkerton knows he knocked her up, he’ll come rushing back.

When Pinkerton hears about the kid, he does come rushing back to Japan, but he brings a surprise with him… 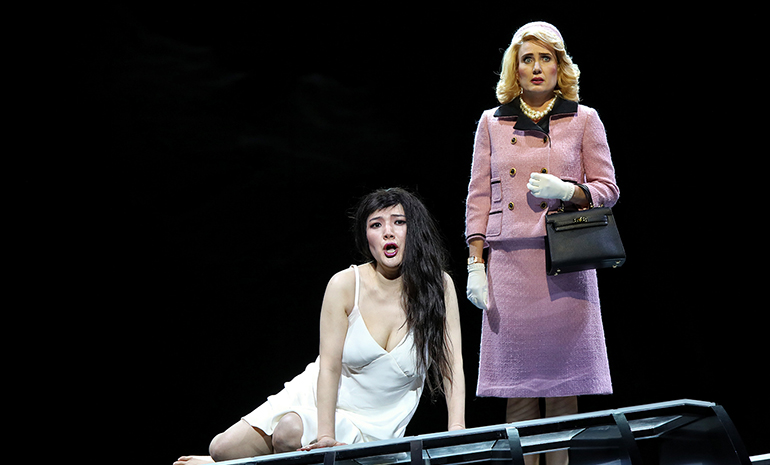 Hello I’m Basic Susan and I’m frightened because nobody in this country has blonde hair. (Photo by Prudence Upton)

Pinkerton and Basic Susan have come back TO TAKE THE ACCIDENTAL THREE-YEAR-OLD.

This is the third opera I’ve seen as part of my Sneakers at the Opera series, and I gotta say, if you’re going to try opera for the first time, Madama Butterfly is a nutso good one to start on. Not only is it a classic, this version by Opera Australia is visually spectacular with a modern twist that makes you feel like you’re watching an episode of Black Mirror set in that nutso place Bruce Willis lives in The Fifth Element.

The singing is obviously brilliant (it’s the opera duh), and the story is easy to follow even without looking at the helpful surtitles that provide translation — because it’s a story that anyone who’s ever been on a dating app knows all too well. The story of the ultimate dating humiliation… the sudden, and brutal, GHOSTING.

Rigoletto: Sneakers at the Opera
La Bohème: A bunch of poor, clueless 20-year-olds
Carmen: A Smuggling Ring Storyline on The Bachelorette
Turandot: Table-flipping levels of drama