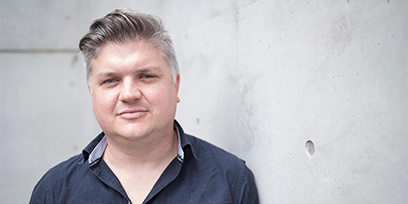 Baritone Andrew Moran is a Senior Principal Artist with Opera Australia, having performed over 30 roles with the company. He is best remembered for his portrayals of Marcello (La Bohème), Sharpless (Madama Butterfly), Ping (Turandot), and Papageno (Die Zauberflöte), for which he has twice been nominated for a Green Room Award.

Born in Melbourne, Andrew holds a Bachelor of Music from Western Australian Academy of Performing Arts, and a Graduate Diploma in Music from the Sydney Conservatorium of Music.

As well as Andrew’s experience as a recitalist (Schumann’s Dichterliebe and Poulenc’s Le bal masque) he is also the recipient of numerous awards, including the Italian Opera Award, the Phoebe Patrick Award, and the Glyndebourne Festival Prize.

In 2020 Andrew will reprise the role of Donner in Opera Australia’s new Brisbane production of The Ring Cycle. Andrew is delighted to be on the national tour of Bran Nue Dae, Australia’s first Indigenous musical.

Andrew Moran is supported by Opera Society from the Eleanor Blakemore Bequest.