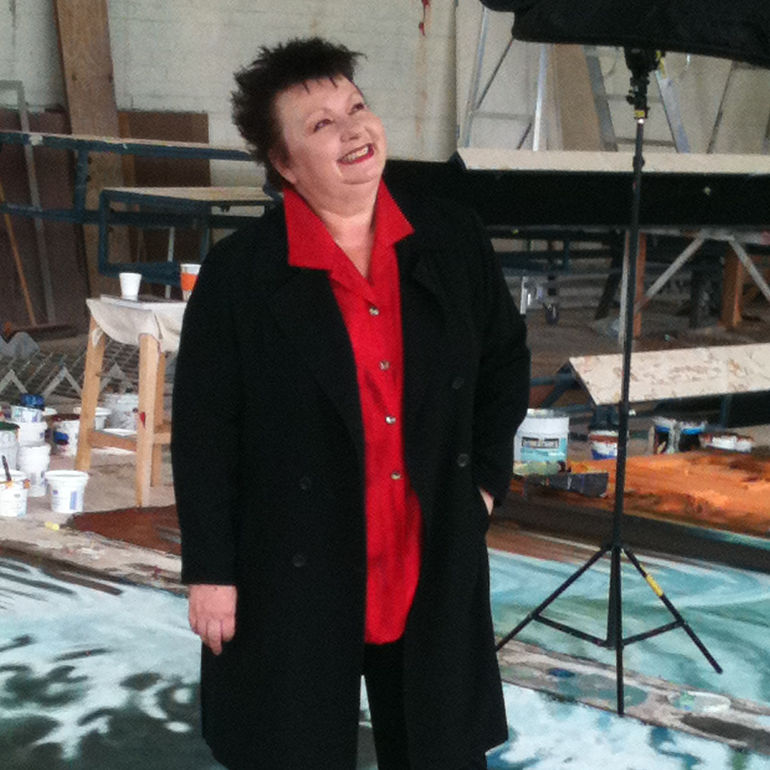 Gale Edwards is one of Australia’s leading and most acclaimed international theatre directors. Her career spans forty years.

She was born in Adelaide and is a graduate of Flinders University, Adelaide University and The National Institute of Dramatic Art (NIDA).

She has worked all over the world, been Associate Director of two Australian State Theatre Companies (South Australia and Melbourne), worked on international musicals for Andrew Lloyd Webber and Cameron Mackintosh and held the position of Acting Lecturer at NIDA in Sydney. She is the first, and only, Australian to direct on the main-stage at the Royal Shakespeare Company in Stratford-on-Avon, UK, and the first Australian director to open a musical on both the West End and Broadway.

She started her career in 1981 as the founding Artistic Director of the Adelaide-based Theatre Company, ENERGY CONNECTION, an innovative young company that created and performed original, devised works.

After graduating from NIDA (Directors’ Course) in Sydney, she remained on the staff there for four years teaching young actors and directing plays, as Acting Lecturer. It was here that she developed her love for the Classics and Shakespeare in particular.