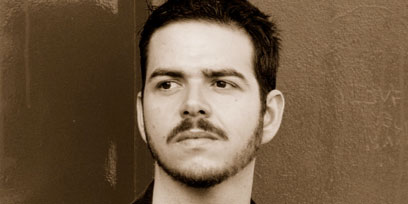 Born in Monfalcone, Italy, Giorgio Caoduro is rapidly becoming one of the leading Italian baritones of his generation.

He has made debuts in recent seasons at the Royal Opera, Covent Garden, San Francisco Opera, Teatro Comunale di Bologna, Opéra National de Paris, Berlin State Opera, Frankfurt Opera, Teatro Regio di Torino, Teatro Carlo Felice in Genoa, Aix-en-Provence and others. Caoduro completed his studies at the Accademia Rossiniana in Pesaro with soprano Cecilia Fusco and was a winner in several competitions; among then the Lignano SabbiadoroCompetition and the International Singing Competition Associazione Lirica Concertisticain Milano.

In the 2012–2013 season Caoduro made his debut at Washington National Opera as Lescaut in Manon Lescaut and debuted at the Florida Grand Opera as Germont in La Traviata. He also returned to Sydney for Lucia di Lammermoor. Engagements for the 2013/2014 season include performing at the Opera de Lausanne in a production of The Barber of Seville as Figaro.

In the 2010–2011 season Caoduro returned to La Scala as Belcore in a new production of L’elisir d’amore with Rolando Villazon and Nino Machaidze. He appeared as Dandini in La Cenerentola for Opera de Nice and as Figaro in Il barbiere di Siviglia in both Toulouse, Sydney and for Opera de Mahon, and was also heard in Las Palmas as Belcore and at Teatro Verdi Trieste in Lucia di Lammermoor.  His engagements for the 2011–2012 season included Il barbiere di Siviglia for Teatro La Fenice, L’Arbore di Diana for Opera de Montpellier and Escamillo in Carmen for Opera de Lyon.

In September of 2009 Giorgio Caoduro made his Los Angeles Opera debut as Dulcamara in L’elisir d’amore under James Conlon.  Other projects during that season included his return to Genova in Lucia di Lamermoor, Werther at the Teatro Regio in Parma, Marcello in La bohème at the Berlin State Opera and Ping in Turandot in Monte Carlo. He returned to La Scala in July of 2010 as Figaro in a new production of Il barbiere di Siviglia. In the fall of 2008 Caoduro made his debut at the San Francisco Opera as Belcore in L’elisir d’amore opposite Ramon Vargas. He then made his debut at the Royal Opera House, Covent Garden as Ping. In the spring of 2009 he debuted the role of Riccardo in Bellini’s I Puritani with the Greek National Opera in Athens and appeared as Enrico in Lucia di Lammermoor in Salerno conducted by Daniel Oren.

Other notable past engagements for Giorgio Caoduro include I’Italiana in Algeri at the Berlin State Opera and Aix-en-Provence, Il Barbiere di Siviglia at Stuttgart State Opera, Opéra de Montpellier and Opéra National de Paris. He has also appeared in La Cenerentola in Trieste, Glyndebourne, Frankfurt and Paris.