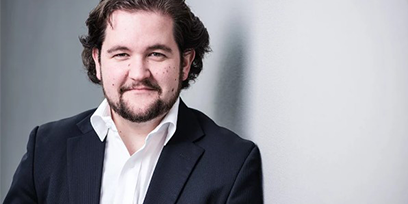 Tenor Iain Henderson is a graduate of the Queensland Conservatorium in Brisbane where he studied with Margaret Schindler. Most recently Iain graduated from the Royal Northern College of Music in Manchester (UK) where he completed a Master of Music and the International Artist Diploma under the tutelage of Susan Roper and Peter Wilson. As a student Iain performed the roles of Rinuccio (Gianni Schicchi), The Witch (Hansel and Gretel) and Roméo (Roméo et Juliette).

In 2019 Iain performed the role of Count Vaudémont from Iolanta with Les Azuriales Festival. Iain has performed in the UK with Glyndebourne Festival, Buxton Festival and Opera North as a regular ensemble member and in 2020 was due to cover the role of Pedrillo in Glyndebourne’s production of Die Entführung aus dem Serail. In 2022 Iain will debut the role’s of Rodolfo (La Boheme) and The Astrologer (The Golden Cockerel) with English Touring Opera.

Iain will make his Company debut with Opera Australia in their 2021 touring production of Carmen.