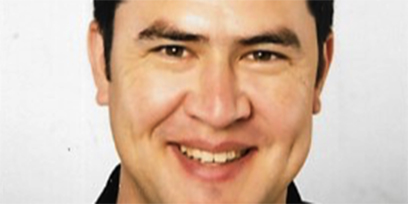 Conall studied the oboe with David Nuttall at the Australian National University and furthered his studies in Germany with the aid of a German Government scholarship and Queen Elizabeth 2nd Silver Jubilee Trust grant. In 1994 he completed postgraduate studies at the Karlsruhe Hochschule fur Musik under Thomas Indermuhle assisted by Emanuel Abbuhl and Jaques Tys.

After freelancing in Germany, Spain, France, Austria and Switzerland he took up the post of Associate Principal oboe with the Australian Opera and Ballet Orchestra in 1997 and has been Principal oboe there since 2005. In 2015 Conall left the orchestra for two years and during this time played with the Mozarteum Orchestra Salzburg, the Munich Chamber Orchestra, Duisburg Philharmonic, Camerata Salzburg and the Bavarian Radio Orchestra. He also performed chamber music with the Salzburg Orchester Solisten including performances of Mozart’s Oboe Concerto.

Conall teaches at the Sydney Conservatorium of Music and really enjoys fostering the next generation of oboists through teaching and also mentoring them as part of an internship program with Opera Australia. He is currently Principal Oboe with the Opera Australia Orchestra, Sydney,