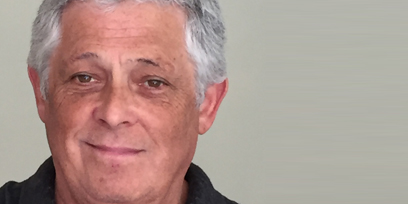 Mr. Isaacs is, and has been, a well-known international hair-stylist and designer for over 50 years. He opened his first MichaelJohn salon in 1967 in Mayfair London at a time when music, couture and hair style was trendsetting the world and arguably England’s biggest export. His initial clients included the super models of that era (Twiggy, among others) as well as many members of the Royal Family. He has worked with may famous photographers as well as highly regarded editorial and fashion-forward magazines such as Vogue, Harpers, etc. who regularly sought out his services. With the wild success of MichaelJohn in London, Mr. Isaacs endeavored to take a leap across the pond and opened his first salon in the U.S. in Beverly Hills, California, where he immediately was descended upon and deluged by celebrities and the Hollywood elite.  It was then that Julie Andrews and her husband, director/writer/producer Blake Edwards, first met and the start of a close 40 year professional and personal relationship ensued. The same was true of Carol Burnett. In 1979 John was asked by Mr. Edwards to do the movie 10 with Dudley Moore and Bo Derek, whose style and iconic look transformed women around the world.  Mr. Isaacs continued to do the next eight Blake Edwards motion pictures, including the film, and subsequently, the adapted Broadway version of, Victor/Victoria.

In theater, aside from Victor/Victoria, John designed the hair and wigs for the 2005 production and tour of The Boy Friend (Julie Andrews' directorial debut), as well as the 2012 musical adaptation of the best-selling book entitled, The Great American Mousical. He is thrilled to be part of this production of My Fair Lady.