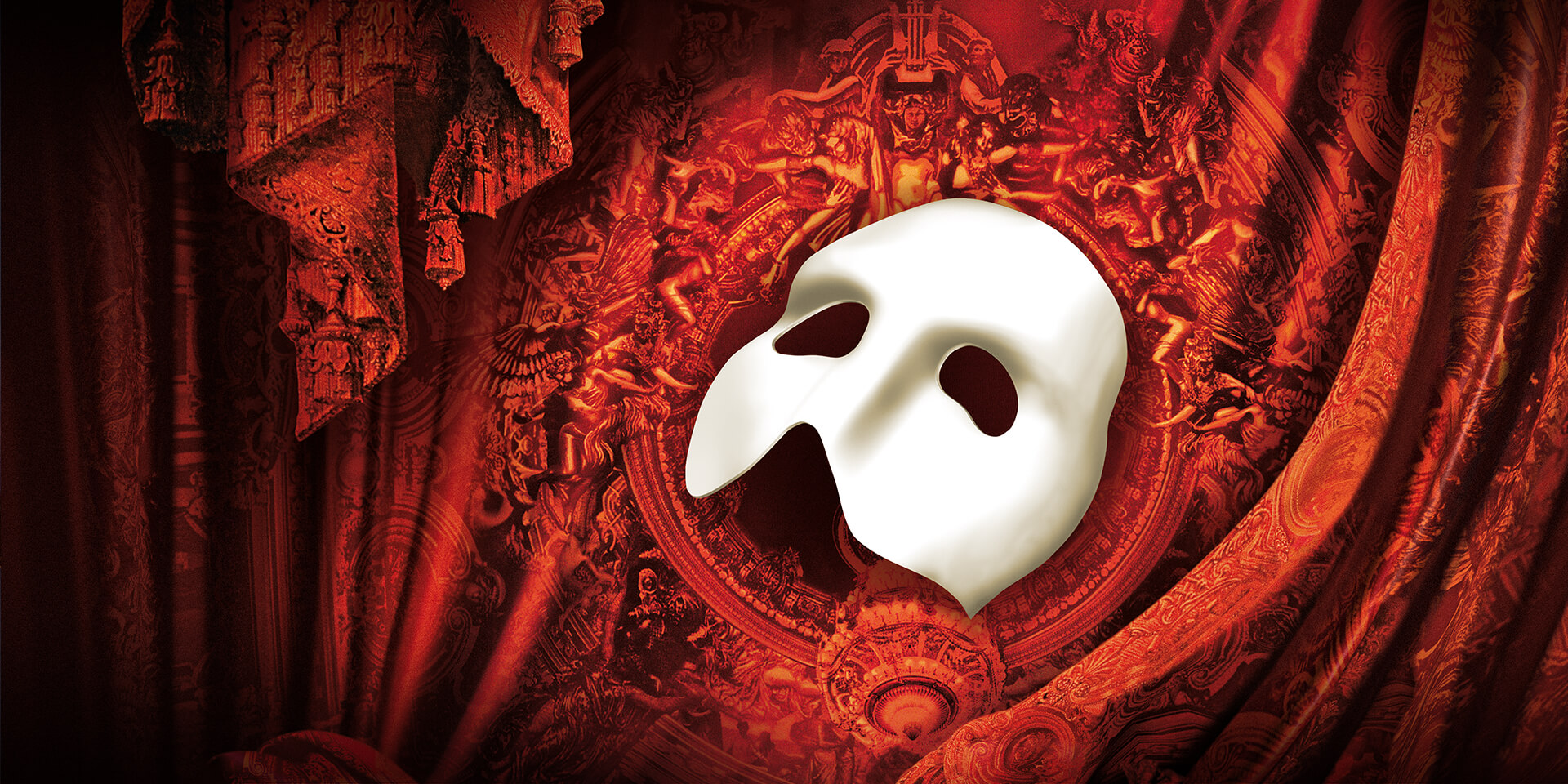 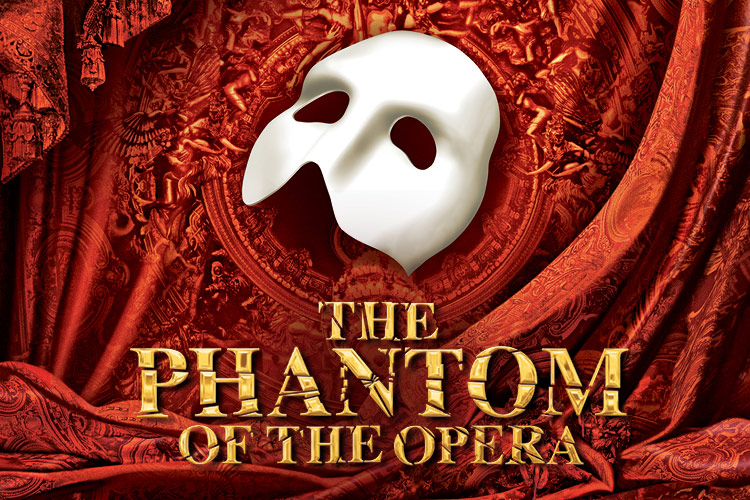 That’s a saving of $60 when you book four A-reserve tickets to any Monday–Thursday performance (excludes Friday, Saturday, and Sunday performances).

Simply select the ‘Group of 4+’ price when choosing your A-reserve seats and the offer will be automatically applied.

Overseen by Cameron Mackintosh and Matthew Bourne, the “eye-poppingly innovative” (Australian Financial Review) new staging includes many special effects, from the famous chandelier to the underground lake, and a large cast and orchestra. It “remains as visually ravishing as ever” (The Age), and “cannot fail to impress” (Time Out).

The Ballet Chorus of the Opéra Populaire

At an auction of opera memorabilia at the Paris Opera House, an old man, Raoul, Vicomte de Chagny, bids for a strange musical box which seems to hold for him some special memory. The newly restored chandelier is revealed and we are swept back to the time of Raoul’s youth, when the chandelier hung in splendour from the dome of the Opera House.

A new opera, Hannibal, is in rehearsal. LeFèvre, manager of the Opera House, arrives and explains to the company that he is retiring. He introduces the new managers, André and Firmin. André asks the prima donna, Carlotta, to sing, but a sandbag falls suddenly from the flies, almost killing her. There are murmurs among the company that it must have been the work of ‘the ghost’. Carlotta storms out, leaving the new production without a star. The new managers learn that there have been too many accidents. Madame Giry, the ballet mistress, hands the managers a note from ‘the opera ghost’ demanding a salary and a free box at the opera. Meg, Madame Giry’s daughter, suggests to André and Firmin that her friend and fellow dancer Christine Daaé could take Carlotta’s place. Christine has been taking singing lessons, but is unable (or unwilling) to say from whom. The managers grant her an audition.

Audition and performance merge and, from the managers’ box, the young Raoul, patron of the Opera House, voices his enthusiasm for the new star. After the Gala, Meg asks Christine about her mysterious teacher, but Christine can only tell Meg that he is the Angel of Music whom her late father had always promised would one day visit her. Christine’s performance is met with unanimous approval and Raoul goes backstage to congratulate her. The meeting becomes a reunion, both realising that they used to play together as children. As soon as Christine is alone, a figure appears behind the mirror. It is The Phantom, the teacher whom she has never seen – her Angel of Music. The Phantom draws Christine into the dark beyond the mirror and, when Raoul returns, the room is empty. Christine is led beneath the Opera House. They cross a lake and arrive at The Phantom’s subterranean lair. The Phantom explains that he is a composer and she has been his inspiration. He is teaching her so that she can sing his music.

Christine falls asleep, waking the following morning to the sound of the music box. Consumed with curiosity, Christine succeeds in revealing The Phantom’s face. His anger dissolves into self-pity and Christine feels herself almost reciprocating his affection. The Phantom agrees to return her to the outside world.

Backstage at the Opera, Buquet, the flyman, taunts the ballet chorus with stories of ‘the ghost’. Madame Giry cautions him to hold his tongue.

Meanwhile the Opera has been thrown into confusion by Christine’s disappearance. Everyone has received notes from The Phantom.

The Phantom demands that Carlotta be replaced by Christine as leading lady in a forthcoming revival of the opera Il Muto. News arrives of Christine’s return, but the managers assure Carlotta that no heed will be paid to The Phantom’s demands.

The Phantom’s voice is heard threatening ‘a disaster beyond imagination’. Il Muto is performed with Christine cast in a silent role. The Phantom’s voice reiterates his demands and, when these are ignored, he causes Carlotta to emit the croak of a toad instead of singing. As the indisposed prima donna is led away, André replaces her with Christine. But The Phantom is still much in evidence. He appears in the wings during the Il Muto ballet, disguised as a stagehand, and puts a noose around Buquet’s to hang him.

In the ensuing pandemonium Christine flees with Raoul to the safety of the roof of the Opera House. They agree to leave together that night. The Phantom emerges from his hiding place, where he has heard everything, and vows vengeance. As Christine and the cast take their bows, the chandelier crashes down from the ceiling.

At a masked ball, twelve months later, all celebrate the New Year and the disappearance of The Phantom. Raoul and Christine have secretly become engaged. At the height of the festivities a strange figure appears through the mirrored walls of the ballroom. The Phantom has returned. He flings to André the score of his new opera, Don Juan Triumphant, commanding that it be performed. Backstage, Raoul interrogates Madame Giry about the identity of The Phantom. He is an escaped fairground freak – a physical monstrosity with a brilliant mind. Presumed dead, he in fact lives still, somewhere in the Opera House.

Raoul hits upon a scheme to ensnare The Phantom using his own opera as bait. If Christine agrees to sing the principal role, The Phantom is sure to attend. With the doors locked and guarded he will be unable to escape. Christine unhappily agrees to co-operate. The singers have immense difficulty learning the dissonant score, but their task is mysteriously facilitated when the piano magically takes over and the singers, mesmerised, begin to perform flawlessly.

Christine visits her father’s grave. She knows that if she can free herself from his memory she will no longer be in thrall to The Phantom. The Phantom appears to her in the graveyard. His hypnotic influence, however, is broken when Raoul arrives on the scene. Enraged, The Phantom declares war on them both.

In the final scene of Don Juan Triumphant, Christine becomes aware that The Phantom has taken the place of Piangi in the role of Don Juan. As her duet finishes, she exposes him and tears the mask from his face. Surrounded by police, The Phantom is nevertheless able to escape, dragging Christine with him. The garrotted body of Piangi is revealed.

Madame Giry agrees to lead Raoul to The Phantom’s lair. An angry mob follows. In the underground lair, Christine confronts The Phantom: his true disfigurement lies not in his face but in his soul. Raoul appears and The Phantom traps him. The Phantom offers Christine a bizarre choice: she must either stay with him forever or see Raoul killed. Christine, calmly facing off with The Phantom, decides to act. She kisses and embraces him. The embrace lasts a long time. With the mob drawing ever closer, The Phantom relents and orders Christine and Raoul to go. The mob descends towards the lair, but all that remains of The Phantom is a white mask.