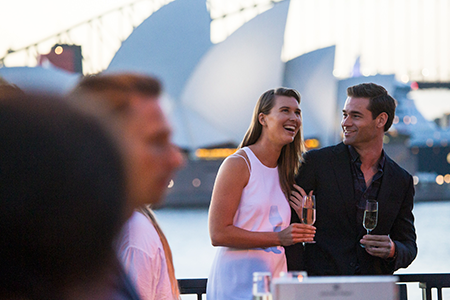 29 April 2022: World’s best tenor, Jonas Kaufmann stars in Australian premiere of ‘audacious’ new production of Lohengrin
A new production of Richard Wagner’s Lohengrin by French director Olivier Py, will have its Australian premiere at Melbourne’s State Theatre on Saturday 14 May, with an exceptional cast featuring the world’s most in-demand tenor, Jonas Kaufmann, performing in his first fully staged opera in Australia.

15 February 2022: La Juive’s story of impossible love to finally premiere in Australia
After pandemic restrictions shut down its scheduled opening in 2020, acclaimed French director Olivier Py’s new production of La Juive will finally have its Australian premiere at the Sydney Opera House, this coming March.

1 February 2022: Long-awaited Otello to open in Sydney
After being postponed by pandemic restrictions days before opening at the Sydney Opera House in 2021, audiences will finally have the opportunity to see legendary German director Harry Kupfer’s highly acclaimed production of Otello opening 19 February.

22 December 2021: Opera Australia’s Kaufmann coup
Opera Australia today announced it had secured the world’s most in demand tenor, Jonas Kaufmann to perform his first ever fully staged opera in Australia when the Company presents Wagner’s Lohengrin in Melbourne in May.

7 December 2021: Opera Australia farewells beloved La Bohème
Visitors to the Sydney Opera House this summer will have the opportunity to enjoy Gale Edwards’ much loved production of Puccini’s La Bohème for the very last time as Opera Australia announces 2022 will be its final Sydney season.

2 December 2021: The L Plates of Opera: Puccini, Bizet, Verdi & more!
A perfect test drive of the world’s most famous arias, the concert introduces novices to the vast world of opera through familiar tunes.

11 October 2021: Professor Glyn Davis AC to join Opera Australia board
The distinguished academic and philanthropic sector leader will become chair after a handover from David Mortimer AO, who has announced he will step down in early 2022 after nine years in the role.

6 October 2021: Opera Australia launches premiere-filled 2022 Melbourne season
OA Artistic Director Lyndon Terracini is looking forward to returning to Melbourne with a world-class season including some of the finest talent from Australia and abroad.

6 October 2021: Opera Australia on the road to recovery with a full 2022 season announced
Opera Australia today signalled a return to normal programming, announcing its entire 2022 season, confident that COVID shutdowns and debilitating restrictions will be a thing of the past.

1 October 2021: The Phantom of the Opera 2022 Season Dates Confirmed
The much-anticipated production, originally scheduled for 2021, will now open at the Sydney Opera House in August 2022 and Arts Centre Melbourne in October 2022.

30 September 2021: Two of the world’s most famous productions announced for outdoor spectaculars in 2022
Carmen on Cockatoo Island is an exciting new and innovative event that will capitalise on Sydney’s glorious weather and outdoor lifestyle when it premieres in November 2022.

14 September 2021: Rodgers + Hammerstein's Cinderella Moved to 2022
New dates have been secured at the Sydney Lyric Theatre from October next year.

19 August 2021: Brisbane Ring Cycle falls victim to COVID-19
Opera Australia, today announced it has been forced to postpone the Brisbane premiere of the world’s first fully digital Ring Cycle for the second year running due to the latest COVID-19 outbreak

10 June 2021: The ABCs of Opera: Aida, the Barber of Seville, Carmen and more!
Opera Australia is pleased to announce the return of its Great Opera Hits concert series to complement its 2021 Winter season.

3 June 2021: OA returns to Canberra with fiery new production of Carmen, opera’s most famous femme fatale
As part of the 25th anniversary of its national touring program, Opera Australia is bringing an exciting new production of Bizet’s Carmen by director Matthew Barclay to the Canberra Theatre Centre this July.

25 May 2021: Highly acclaimed Attila makes triumphant return to the Sydney Opera House after 2020 shutdown
Opera Australia is bringing back Verdi’s Attila, the Company’s first co-production with the prestigious Teatro alla Scala, which had a hugely successful premiere in 2020 but was suspended after only two performances due to the COVID pandemic.

25 May 2021: The Phantom of the Opera is coming to Arts Centre Melbourne
Opera Australia in association with The Really Useful Group, will present Cameron Mackintosh’s spectacular new production of Andrew Lloyd Webber’s The Phantom of the Opera, making its highly anticipated premiere at the Arts Centre Melbourne’s State Theatre from November 14th.

18 March 2021: The Phantom of the Opera is coming to the Sydney Opera House
Opera Australia in association with The Really Useful Group, will present Cameron Mackintosh’s spectacular new production of Andrew Lloyd Webber’s THE PHANTOM OF THE OPERA, finally making its highly anticipated premiere at the Sydney Opera House.

11 March 2021: NSW Schools sing out as Opera Australia tour returns to over 35,000 children in 2021
Opera Australia is thrilled to announce it is returning to schools across NSW in 2021, with the relaunch of its NSW Schools Tour that will present The Barber of Seville to over 100 primary schools from 15 March to 10 September

22 February 2021: 2021 cast announced for Brisbane Ring Cycle
After announcing the postponement of last year’s Ring Cycle due to the pandemic, Opera Australia today unveiled its new cast for the rescheduled 2021 season at the Queensland Performing Arts Centre, featuring some of the world’s most renowned singers.

21 January 2021: Leading the industry in COVID-safe performing practices
In an effort to provide a COVID-safe work environment and significantly reduce the risk of coronavirus transmission, Opera Australia is the first performing arts company in Australia to introduce rapid antigen testing, as a key element of their program to keep performers and staff safe.

13 November 2020: Opera Gala at Uluru returns in 2021
Opera Australia will be returning to Uluru, the spiritual heart of Australia, in September 2021 with four magnificent performances planned across one weekend with the spectacular Uluru-Kata Tjuta National Park and Bruce Munro’s Field of Light Uluru as the backdrop.

29 October 2020: Costume and Prop clearance sale
During the coronavirus shutdown we have been busy taking stock, offering a clearance sale of over 5000 retired costumes and props looking for a new home.